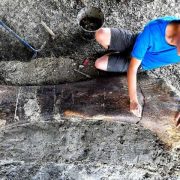 Scientists have unearthed a huge two-metre (6.5-foot) dinosaur bone in a winegrowing village in southwestern France dubbed a “national treasure” for its prehistoric gems.

The 140-million-year-old thigh bone, which weighs 400 kilogrammes (880 pounds), is the latest discovery at the vast Angeac-Charente palaeontological site near Bordeaux, where experts and volunteers have dug up thousands of bones over the past decade.

But thanks to its remarkably good condition, the femur—which scientists say probably belonged to a gigantic sauropod—could help piece together an incomplete set of bones which the latest find resembles.

“We were wondering how big it was. We kept saying, ‘Oh, there’s more!'” said Maxime Lasseron, the doctoral student who made the gigantic discovery. 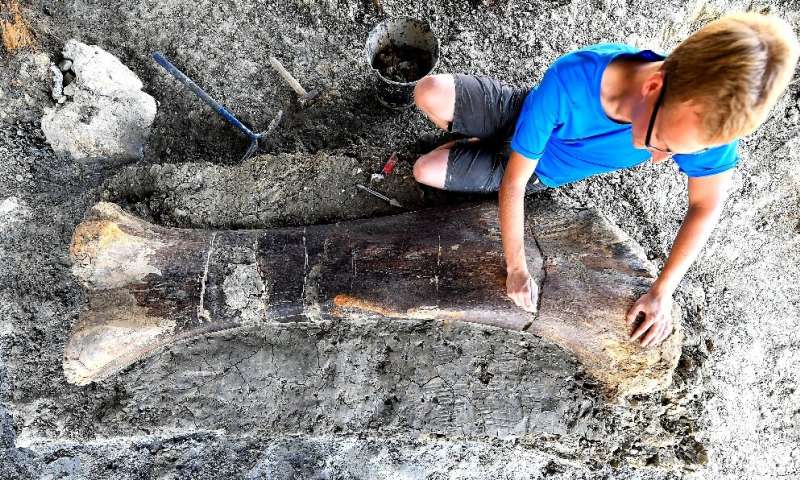 The largest land animals ever to roam the Earth, sauropods were massive plant-eating dinosaurs with a long neck and tail, towering up to 18 metres (59 feet) tall.

“It cost me a bit of money, because I had promised to bring champagne if it was complete,” said Jean-Francois Tournepiche, the operations coordinator at what he calls “one of Europe’s biggest dinosaur sites”.

Tests will now compare the femur to another thigh bone discovered in 2010 to find out if they belonged to the same type of sauropod or even the same creature. 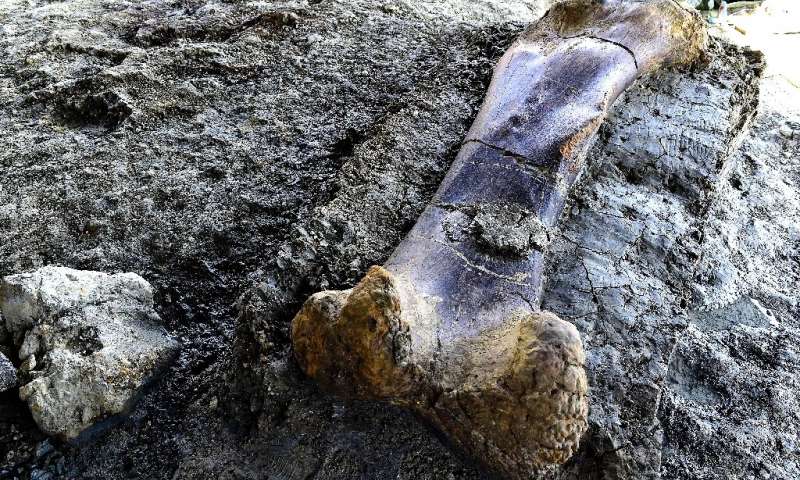 The bone’s “preservation and perfect fossilisation makes it really unique”, said Ronan Allain, a paleontologist at the French Museum of Natural History in Paris.

Now known for its cognac vineyards, Angeac-Charente was home to a vast ecosystem of dinosaurs, invertebrates and vegetation thanks to its humid, subtropical climate millions of years ago.

“There was a river and large coniferous trees,” Allain said.

“Amphibians, crocodiles and fish lived in the swamp, and on dry land, small and large dinosaurs. It was full of life”.

The discovery coincides with the 10th annual dig at the site, which stretches over 750 square metres (nearly 8,100 square feet).

But with more discoveries expected on the horizon, the site’s owners have given diggers the go-ahead to excavate in another 4,000 square metres of land.

“Another surprise for our 10-year anniversary,” Tournepiche said. “At this rate, we’ll be busy for the next 30 years!” 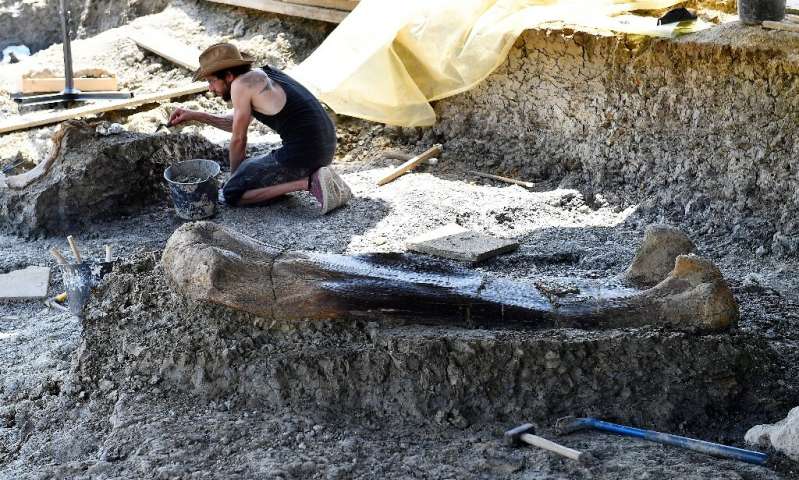 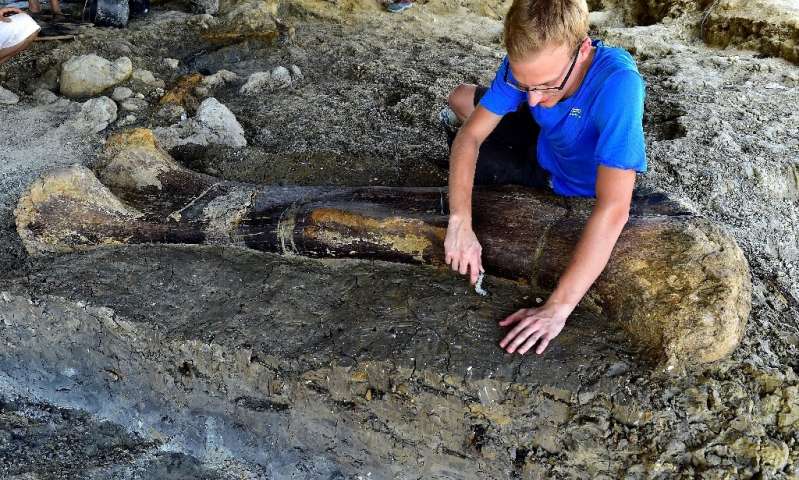 What is RFID? How RFID works? RFID Explained in Detail
Scroll to top